When all you have is a 3D printer – and some magnets – everything starts looking like it could benefit from yet another Fusion 360 design.

I’ve been sitting on this model for a few months (and it went through multiple iterations, too) because I did not have a good photo for it. I still don’t, but I got fed up with myself… so here we are.

This time I’m gonna lead with the end result: 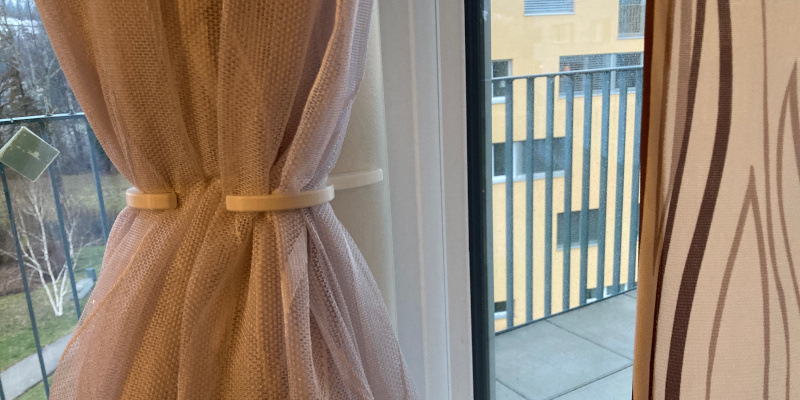 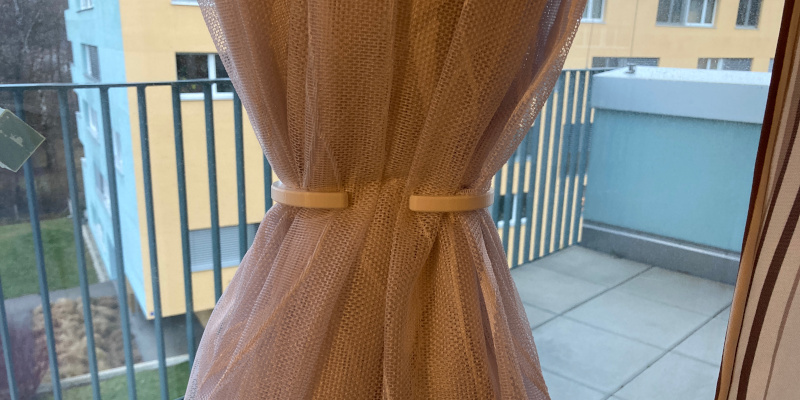 And now let’s talk about the motivation. And why is the current iteration still deficient. So much that I will inevitably end up doing another one sometime in the future.

You see, our living room comes with a huge window that covers the entire side, has a great view1, and leads to the terrace: 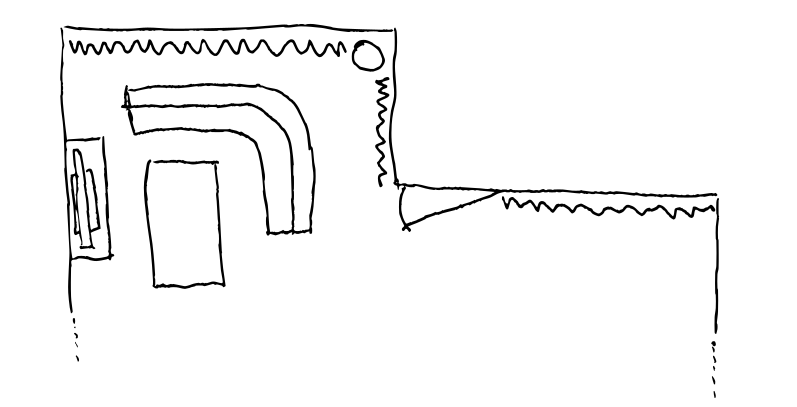 But the entire side of the window has only one track to hang the curtains: 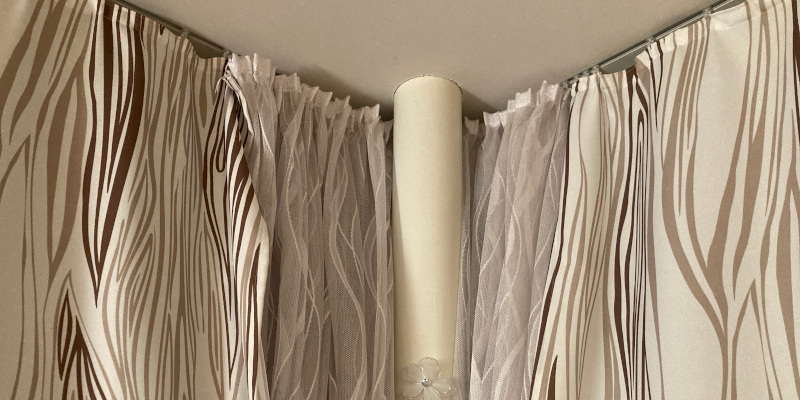 It’s the built-in rails (tracks) that one uses with “GVS Gleiter”, a system that is ubiquitous in Switzerland.

So in order to accomodate both normal curtains for the day, and non-transparent ones (drapes?) for the evening2, we had to improvize. So by dragging to one side you unroll the regular curtains, and to the other the evening ones.

But the 90° corner around the pipe gets packed with the folded-up curtain, and that prevents the window from “breathing” properly. So moisture condensates in the corners of the window even when we vent the place multiple times daily, as one should.

Just enough to hold the curtains in place. And it sort of worked, except the curtain kept somewhat sliding out, plus the holder had to be stored somewhere. All of which is slightly impractical.

Fortunately the structural pipe in the middle (which is a hunk of iron from what I can tell) can be used as a natural place to affix an appropriate thingamajig.

And when the pipe’s made of iron… well, neodymium magnets for the rescue!

Which works better, but the paint on the pipe was getting somewhat scratched (discolored) by the protruding magnets, and it wasn’t exactly rigid enough.

So I sank the magnets3, and ended up with another iteration:

Which holds better, and looks even weirder than the previous iteration. To my eyes… it’s actually a good flavor of weird.

But a future iteration will probably be in form of a collar around the pipe that would serve as a base, and then another part sliding on the collar. That way it doesn’t rely on magnets, and still can be hidden out of sight (behind the pipe) as needed. Plus, it wouldn’t hurt to have a way to also hold the evening curtains in place, to avoid the huge gap4 visible in the illustration photos above.

As always, the design as well as the STL files: {current, previous, initial} are freely available under CC – BY NC SA license5.